The University of Richmond is a private liberal arts university located in Richmond, Virginia. The School of Art and Sciences programs that prepare students to be committed to lifelong learners who challenge societal and intellectual barriers.

The University of Richmond School of Arts and Sciences tasked Raison with two posters for visiting lectures to campus. The first of which was titled, Unsettling Ecologies. In a world facing many ecological dilemmas, the poster depicts a world being shattered by those problems. Global warming, flooding, and pollution just to name a few. This was a lecture series focused on some of the most provocative interdisciplinary work being done in the environmental humanities to help shed light on some of these issues.

The second poster was for a visiting, Obie award-winning playwright named Branden Jacobs-Jenkins. His lecture was a conversation about his work, for which he is well-known. However, you wouldn’t know you were passing a two-time Pulitzer Prize-nominated playwright on the street. The man behind the work became the driving concept which is represented by the partially blurred blocks that reveal Branden’s headshot. To coincide with posters, we also created a digital poster to display across campus as well as a pop-up banner. 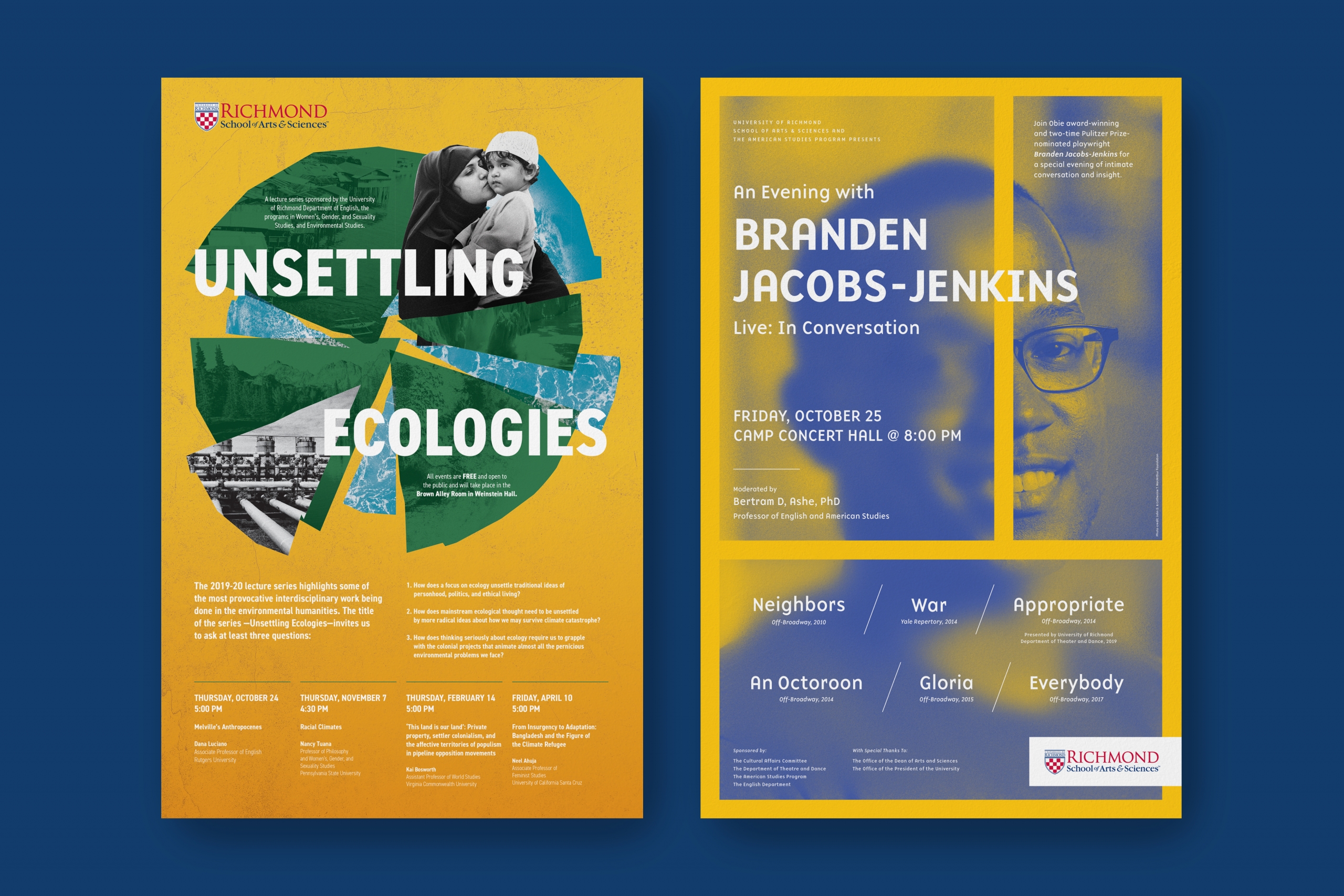 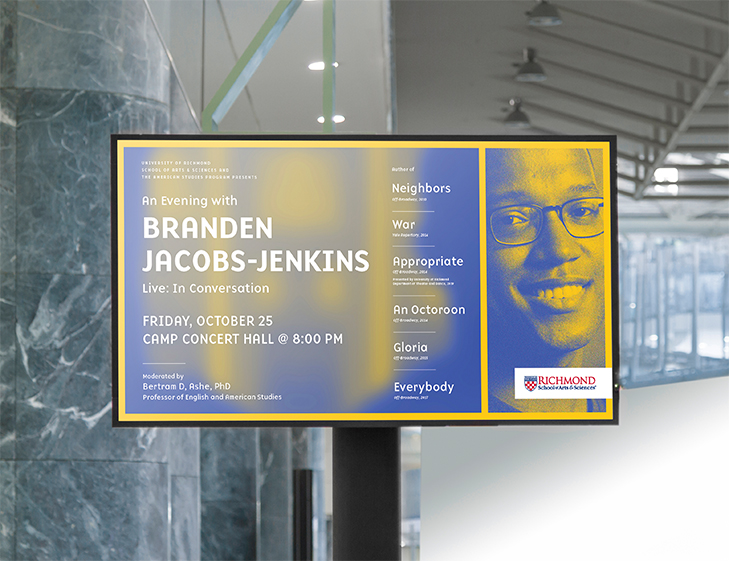 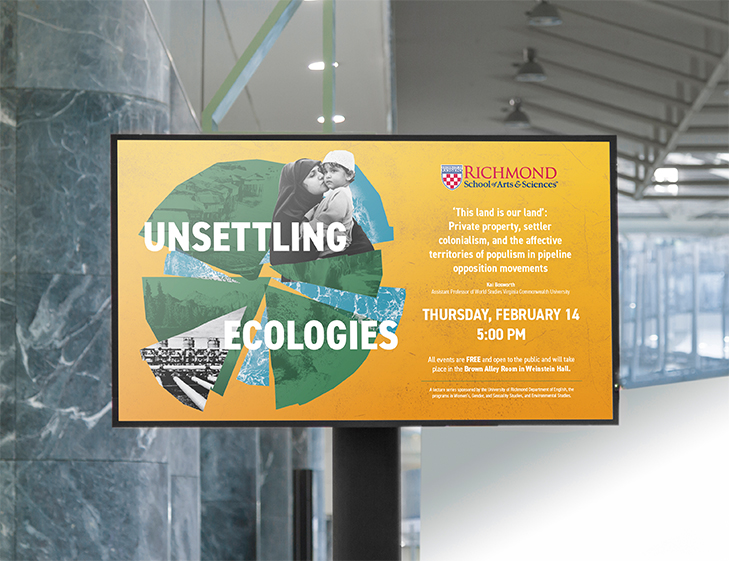 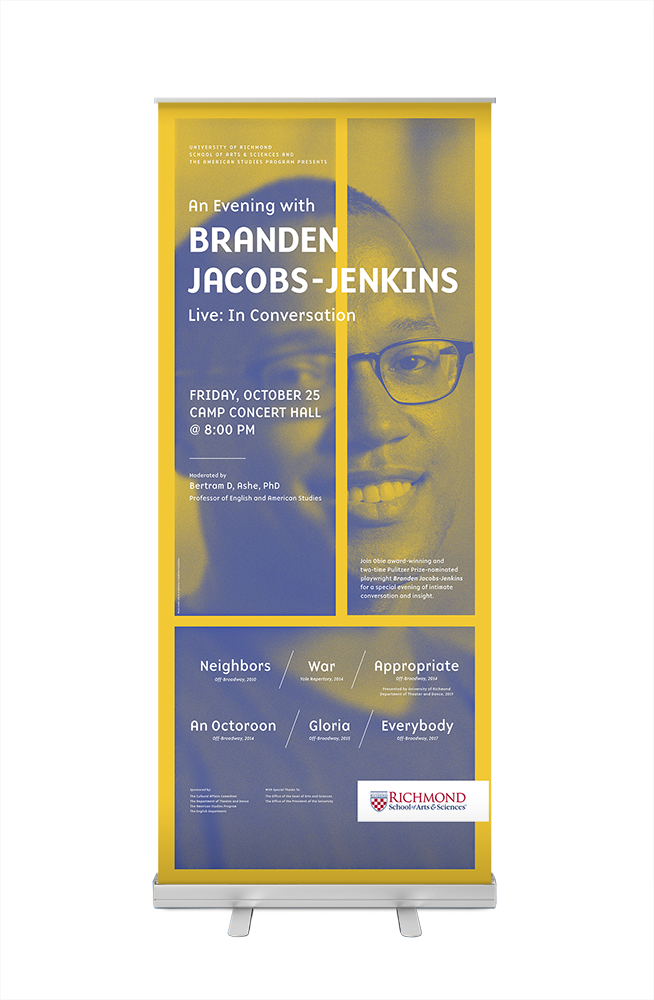